My main squeeze got a little closer to 40 this week.

Three years ago, we signed papers on our current house on his birthday. Two years ago, we had just brought a newborn baby home. So I wrote some smart aleck comment on Facebook saying, “Last year, I bought you a house; this year, I gave you a baby; next year, I’m just getting you a card.”

Well – I apparently prophesize because the next year, inadvertently, I got Kyle a card – with a personal note from his favorite meteorologist.

This year – this year I have been lax. We purchased each other new light fixtures for the house (#adulting) for Mother’s Day and Father’s Day, and he bought himself some fancy new cooking equipment “from me” for his birthday. I would tell you what it is, but it sounds French, and I only took Spanish, so I wouldn’t even begin to know how to spell it.

But because he is awesome, I wanted to dedicate this blog to him with the top 5 birthday memories (not just his birthday, either!) I have over the years we have been together. Therefore, in no particular order…

Happy birthday, love! Whether it’s with cards, houses, kids, or irons, I’m so glad I get to spend all the birthdays with you. 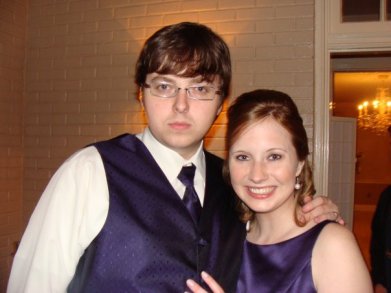 View all posts by judithproberts

2 thoughts on “He’s getting older…”

What I write about